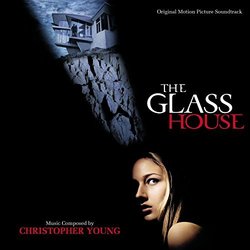 If you'll permit me, fair reader, I'd like to posit a brief editorial before proceeding with the review at hand. You know how over the last few years, with the advent of computer generated movies such as Toy Story and Final Fantasy, actors have been up in arms about whether or not producers were planning on eventually replacing them with CG counterparts? Well, after standing dumbfounded at the meteoric rise of the interminably bland Leelee Sobieski in a myriad of crappy movies, I have something to say on the issue at hand: it's too late. The visual effects people have begun replacing actors already. Think about it. Ever look at a picture of Sobieski, I mean really look at it? Exactly. There's nothing there, man. Like staring at Jar Jar. Moreover, people are constantly comparing Sobieski to a young Helen Hunt. Well, I tend to think there's something to that. Like, maybe she is Helen Hunt. A Pentium-based teenaged simulation of the blonde Oscar-winner. Sound far fetched? Maybe. But for one thing, it would finally explain Stanley Kubrick's obsession with her. Hollywood, I'm on to you.

Obviously, none of this is Chris Young's fault. (Wouldn't it be great if it was, though?) His score for Sobieski's recent thriller The Glass House is exactly what is should be, no more and no less. The main title, "The Glass House" presents a beautifully velvety dark waltz for solo piano and rising surges in the strings and brass that pleasingly recall Young's score for The Hurricane and its forefather, Thomas Newman's Shawshank Redemption. "Sunken Bells" next begins the score proper's descent into the kind of relatively themeless orchestral shenanigans that plague quite a few of these thrillers. Same thing goes for "Even If I Had An Axe" and "Through A Glass Eye": some brass stings here, whispering strings there. All of it suitably restrained and well-recorded. If you can't get enough of this style of atonal and crystalline hunt-and-creep music, this thirty seven minute album from Varese is certainly for you.

"Twice Told Tales" is a big highlight, however, a perfectly orchestrated piece of pounding action / suspense that sounds a lot like a backhanded "screw you" to producers who had so clearly temped the scene with "Ripley's Rescue" from Horner's Aliens. Good for you, Chris, for not letting the Man bring you down. The rest of the score is cut from the same cloth as everything before it, the kind of music that'll have you cranking the volume one second to hear what the hell's happening and ducking it way down the next after suddenly getting smacked with a huge orchestral hit at 120 decibels. That is, until "Soubrette" and "This Too Shall Pass", both elegiac restatements of the powerful main theme (which is almost completely absent from the body of the CD until this point).

So there you have it. The Glass House is your fairly typical suspense score, finely crafted for the movie and fairly inert as a separate listening experience. One nice thing, though: Varese's packaging isn't their usual two pages of boring black-and-white photos. Rather, it is five pages of boring black-and-white photos. But if you get the chance to look at them, take my advice and give an extra moment over to that blank Sobieski stare. I swear to God, it's nothing but a bunch of ones and zeros.