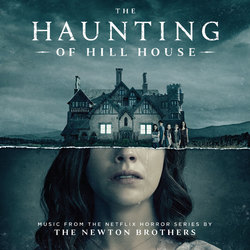 The Haunting of Hill House

La-La Land Records, Paramount Television, Amblin Television and Netflix present the original score to the Netflix horror series The Haunting of Hill House, starring Michiel Huisman, Carla Gugino and Henry Thomas and directed by Mike Flanagan. Renowned composers, The Newton Brothers, provide a pitch-perfect music score for this acclaimed horror/drama series – one that matches each terrifying jolt and every heart-breaking revelation of this thoughtful and suspenseful re-imagining of the famed original Shirley Jackson novel. Delicate, beautiful, shocking and creepy, yet always human, this rich musicscape proves to be a vital component to a uniquely special series that manages to both embrace and transcend the horror genre. Produced by The Newton Brothers and mastered by Patricia Sullivan at Bernie Grundman Mastering, this CD release is limited to 2000 units and features haunting art design by Dan Goldwasser.