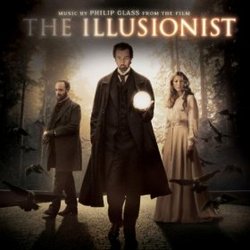 This has been a slightly odd summer for movies. After all the dire reports last year about how theaters were in decline and no one went to the movies anymore, you might expect Hollywood to produce different kinds of movies in an attempt to lure viewers back. But this summer has seen the same old same old, both in terms of movies and tickets sales. In fact, only one movie has exceeded, let alone met Hollywood\'s expectations – Pirates of the Caribbean: Dead Man\'s Curse. And since that movie is a sequel and a big action movie, you can expect more of the same from Hollywood next summer.

This mini-rant doesn\'t mean I don\'t enjoy big summer blockbusters, but by August, ennui has descended with the August heat and I\'m ready for a change. Thankfully, every year there are little movies like The Illusionist to offer an alternative. The Illusionist is a story of magic and deception played out in fin de siècle Vienna. Although a period work, it is not pretentious or stuffy or any other descriptor you usually apply to period works. It does have the wonderful art direction expected of most period works, but as a movie is light on its feet, keeping you guessing until the end.

Unfortunately I cannot say the same for Philip Glass\'s score. For the past decade or more, Glass has been churning out some of the most interesting film music around. But his sound is distinctive and often oppressive; in the right setting it works wonders, but it can just as easily swamp a movie. In The Illusionist it does a little of both.

Glass has tempered his trademark ostinatos and orchestral sound for this film. Instead, he is much more interested in lyrical flights of fantasy and setting individual instruments against a backwash of sound. In The Hours, his most recent high-profile work, Glass created a chamber sound using piano and a few strings. For The Illusionist, he appropriately pulled out all the stops for a lush, 19th century Viennese orchestra. The opening cue, "The Illusionist" announces this intention early on with the orchestra solemnly intoning full chords on almost every beat; no churning rhythms, no repetitions, no metric shifts, just simple chords presented in strict time. He even presents dramatic pauses before the orchestra enters again, bows pulling at the strings in a harsh downstroke. It is a sound straight out of the Beethoven playbook and fitting for 1900 Vienna, but is a sound almost opposed to Glass\'s typical aesthetic. Following this introduction, the ostinatos do begin, but they sit in the background with violins reaching out with a rhapsodic four note theme, completely contained within the interval of a fifth, that Glass moves into various modes. Juxtaposed against this high theme is one in the basses, as though Glass were announcing the movie before the curtain rises, letting us know that there is something going on beneath everything we are about to see.

It is a masterful opening to the movie and is followed by the most interesting cue on the recording, "Do You Know Me?" Glass musically portrays the magic at the movie\'s heart through a smaller collection of instruments out of his orchestra. The low brass and cymbals on the off-beats create a circus-like atmosphere in the beginning. Then as the magic begins, the cue goes still and quiet, until a flute softly enters. The full orchestra returns, the strings cascading around as the magic is produced, and all goes quiet as the flute takes over, leading into the lyricism of "Chance Encounter." It is a cue that shifts and changes constantly, something we\'ve not experienced much from Glass in earlier efforts.

Throughout the score, Glass counterbalances high and low sounds, leaving out much of the middle and forming a palpable air of mystery. This aspect of his score works well, but it also is a bit overwhelming to the onscreen action. In The Hours or Kundun, for example, this overpowering sound forced you to listen, effectively telegraphing the despair in the former and the solemnity in the later. In The Illusionist, Glass gets the period right, transforming his late 20th century style into something evoking the early century, but misses the film\'s tone. It is about mystery, but it is also playful, and I missed that aspect.

The music, as always with Glass\'s scores, sounds full and distinct. Michael Riesman conducting the Czech Film Orchestra does a fine job pulling out the right threads of the music to keep our ears where they need to be. Glass has effectively channeled the sound of the Viennese masters while retaining his own sound, but I\'m not sure it was exactly what the film needed.