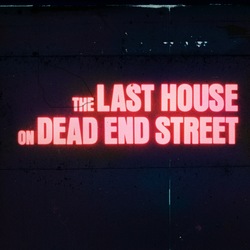 After decades of languishing in the cryptic haze of shabby bootlegs, the soundtrack to Roger Watkins' sleazy horror magnum opus The Last House on Dead End Street (1977) is finally achieving the grand debut it deserves. Comprised entirely of tracks from the legendary KPM Music Library, the soundtrack is a unique blend of haunting experimental terror electronics - the pure atmospheric embodiment of the film's oppressive ominous vibe.

Since none of the music is credited in the film, it has taken years of independent fan research to compile the complete electronic soundtrack. Library music aficionados had to identify each music cue by ear based solely on encyclopedic knowledge of the vast KPM discography. The fact that this identification succeeded all the way down to the exact source of synth sound-effects from the infamous vivisection sequence is a testament to the maniacal obsession this film breeds in its fans.

For this vinyl-only release all tracks have been sourced directly from KPM's archival master tapes, exposing the full dynamics & penetrating intensity of this music. As an added bonus, some of KPM's masters run longer than the versions that they originally issued on LP and are included here in their complete expanded form. All artwork was scanned from a rare surviving 35mm print to properly capture its grindhouse grime.

Isolated from the film, the music is an astounding & impactfully curated collection of sinister hidden gems from the mythic underworld of British 1970s avant-garde electronic musi.