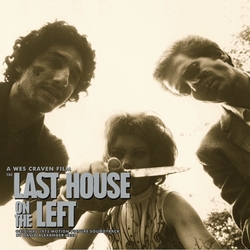 The Last House on the Left

One Way Static Records is proud to announce the release of this historical motion picture soundtrack. Now available in 3 versions:

Compact disc edition: DELUXE DIGIPAK CD with 12 page booklet. Limited to #1000 copies. Contains 4 extra bonus tracks that did not make the movie's original score, including a rare tribute version from David's sons as heard during the end credits of 'Cabin Fever'. These bonus tracks are exclusive to the CD version.

All versions come with with extensive and exclusive liner notes.