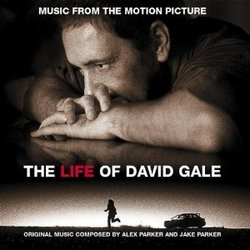 The Life of David Gale

Review: The Life of David Gale

The Life of David Gale is one of those movies that are supposed to make you really think about the death penalty.  The Chamber, based on the book of the same name by John Grisham, was supposed to achieve the same goal.  The difference is that where The Chamber failed utterly to provoke thought of any kind, let alone serious introspection regarding our nation's criminal justice system, The Life of David Gale is the type of movie that really does inspire hours-long post-film coffee house conversations.  The title character is portrayed capably by Kevin Spacey, with the bulk of the film's work falling to Kate Winslet, as expose reporter Bitsey Bloom.  The two performers are consummate professionals, and even where Alan Parker's directing gets too heavy handed (which, admittedly, is far too often), they manage to pull the film through.

The score is one of the most eclectic you'll listen to this year.  Alex Parker and Jake Parker combined elements of rock, Mexican, and simple themes to shamelessly manipulate the audience into getting swept up into the events of the film.  The first track, "Another Bleeding Heart," is easily recognizable from the trailer for the film.  It's a fairly simple rock tune, with elements of gospel added to it for effect—but the effect works.  "Almost Martyrs" provides the thematic base for the score.  In terms of the aforementioned manipulative musical tricks that can be used, this track uses them grandly.  Roughly a minute and a half into it, the piece builds into a musical set piece for a Greek tragedy, which in many ways is precisely what the film is meant to be.

Much of the rest of the score is filler: background music as Bitsey deals with crooked prison officials—background music as Gale realizes he's been framed for rape—background music as the heartless throngs of reporters jockey for position.  As filler music goes, however, it has enough presence to provide a satisfying listen, rather than the type that gives you a headache as you struggle to make sense of whether your stereo is still on.

Track 7, "The Life of David Gale," re-envisions the theme from "Almost Martyrs." Parker takes the same elements that made "Martyrs" intentionally heart-wrenching, and converts them into something inspirational.  Once again, shameless, but effective.

Indeed, that's the best way to sum up this film and its score.  If you're looking for a soundtrack that's subtle, look elsewhere.  But if you're in the mood for the thinking man's manipulation, you've come to the right place.