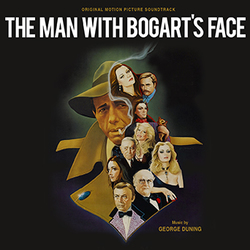 The Man with Bogart's Face

For The Man With Bogart's Face, George Duning came up with a really fun score, including it's wacky and very funky main title song – which went on to win the very first Razzie Award for Worst Song. Very typical of its period, the song is just what you'd want it to be. But the rest of the score is Duning in Duning territory – noirish cues, action cues, and, like every score he ever wrote, his cues are filled with his wonderful melodies.

This release was mastered from a mono tape that came from the composer. While the sound was not optimal, mastering engineer James Nelson labored mightily to clean it up as best he could, and he's done a great job doing so.