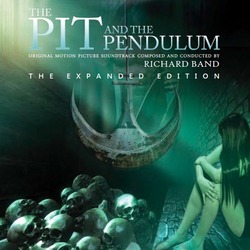 The Pit and the Pendulum - Expanded Edition

Perseverance Records is proud to announce the reissue of one of Full Moon Pictures' very first film releases, The Pit & The Pendulum. Originally released in 1991, on the then fledgling Full Moon Pictures imprint, the film has gone on to enjoy cult status and is usually ranked as one of the best films released by the company.

The engaging score is by Richard H. Band who is one of the most prolific composers of genre films in the 1980s and 90s. For this deluxe edition, we have remastered the music from the original 4-track tapes which was overseen by Band and Chas Ferry. Our release will feature the music from the original Moonstone Records release with bonus material that was in the film but not on the CD.