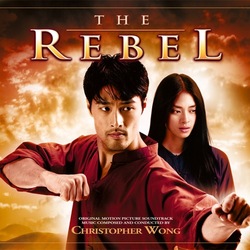 In the spirit of the legendary Jerry Goldsmith, acclaimed composer Christopher Wong, who was nominated to an International Film Music Critics Association Award for Journey from the Fall, delivers an exciting, highly emotional and adrenaline-pumping action score for this epic Vietnamese adventure directed by Charlie Nguyen.

The film takes place in 1920s Vietnam under colonial French ruling and tells the story of an undercover elite who is hired by the French to kill the notorious leader of the Vietnamese resistance. The film—and the music—is filled with action and suspense, but also has deeply emotional romantic elements.

Just like Journey from the Fall, The Rebel is a strongly thematic score and its action writing is firmly based on ostinato-driven patterns, giving the music a Goldsmithian quality which is rare in film music today. Another important element of the action writing is the use of Vietnamese percussion.

The CD edition is limited to 500 copies.