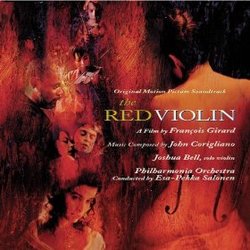 Back in the early 1980's, John Corigliano's score to the film Altered States caught film-goers and listeners largely off guard. This was not one's typical film music; with the exception of a select few scores, this type of modernism was not often at home in the movie theatre. It has been said that at the time of the film's release, not a day went by at the Warner Bros. music department without someone coming in requesting to look at the scores to the film. The score was nominated for an Academy Award, and could easily have established Corigliano a place on the A-list of film composers.

For better or for worse, though, he all but entirely stopped scoring for films. After one bad experience—1985's Revolution—Corigliano decided that his calling was in the opera houses and the concert halls, where he has won much acclaim (most notably for his Symphony No. 1, and his opera, The Ghosts of Versailles). At the cinema, Corigliano's stylistic influence began to be heard most prominently in the early 1990's, when Elliot Goldenthal—a long-time student—rose to prominence.

Now, after a sabbatical of more than a decade, John Corigliano has brought his voice back to the silver screen with the score to Francois Girard's multi-generational epic, The Red Violin. The film follows the creation of a master violin-maker as it makes its way through the tragic lives of several people on several continents. The film itself cleverly keeps an international feel to it by keeping each part of the film in the language of its setting—Italian, German, French, English, Mandarin Chinese—with subtitles in the language of the audience.

I could write at length about the film itself, but I suppose this article already has digressed quite a bit. Instead, I will review Corigliano's score, which is—in a word—wonderful. He has written for the title character—and the Red Violin is indeed a character in the film—an utterly haunting melody. This melody is heard right at the outset of the album, hummed (though not by the actress who did so in the film). From here on out, the melody is played in several forms to fit the periods of music that accompany each part of the film—Baroque, Classical, Romantic, and Modern (which is what Corigliano is usually known for). The piece is seamlessly adapted to each of these situations, never growing tiresome, and with "incidental" music which is also quite beautiful (especially the reflective string piece in the Beijing portion).

It is also worth noting that the score is performed by some of the most considerable talents in the world of classical music. Wunderkind Joshua Bell provides the violin with its voice, and rips through some very tricky cadenzas. The Philharmonia Orchestra takes well to the conducting of Esa Pekka Salonen, who clearly has a feel for Corigliano's work. The last track on the album is a concert suite that Corigliano based on material from the film, and is the only piece on the album to feature wind instruments and extensive percussion (save for the clarinets in the gypsy piece). "The Red Violin—Chaconne for Violin and Orchestra" is in and of itself a wonderful piece of music, nicely summing up the material from the film while introducing new thematic ideas all its own. John Corigliano is not a composer who ventures into film often—or hardly at all—but when he does, it is always a treat.