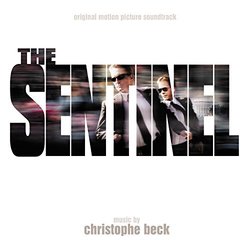 The shadow of 24 looms over this movie. It can have two Oscar winners in it but all I can think of is Mr. Jack Bauer and his hyper-charged Power Hour antics. The influence of the hit TV show seeps into Christophe Beck\'s score. The "Main Title" opens with a brooding bass line, suggesting a combination of 24\'s moody but valiant horns with the low key ambient vibe of Cliff Martinez\'s work (a combination of Traffic and Narc specifically). Whether it was a style that was put upon Christophe Beck by others or his own choice, Beck doesn\'t have anything shame in appropriating these elements and makes them his own to play with.

The score has the heavy mixture of strings mixed with electronic drum loops that have become John Powell\'s bread and butter the last few years. This is a meat and potatoes type of score, the type that Jerry Goldsmith excelled at. The three modes the score uses are tense action cues, slow moody builds and contemplative lulls. The only difference is that the electronics propel the rhythms. Unlike Alias or the Bourne albums, the electronics are more random in nature. "Summit Incident" uses the reverberating Run Lola Run guitar rhythms. "No Second Shot" uses clanging metal drums. Several tracks ("Xavier Calls" and"The Affair" among others) have the trademark Cliff Martinez sound I can only describe as \'random taps and pongs\'. Only at climatic moments does a brass section come out and dominate ("Maryland" and "City Hall"). This choice actually makes these brief reprises much more powerful.

If I wasn\'t such a fan of this type of music, I would probably rate this album lower for fans of more orchestrated fare. And as a good litmus test, if you\'re a fan of the Bourne scores, then it is likely you\'ll enjoy this album. I\'ve always had a soft spot for Beck since his work on season three and four of Buffy the Vampire Slayer. He deserves rising in the ranks of working composers, and moving beyond comedies into action scores tends to be the first step into true legitimacy.