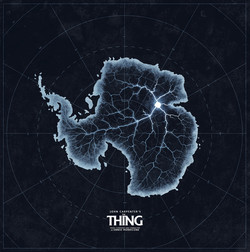 Waxwork Records is thrilled to present the deluxe soundtrack re-issue to 1982's sci-fi horror classic, John Carpenter's The Thing. Composed by the legendary Ennio Morricone, the soundtrack to The Thing is a landmark musical composition that is cold, dark, minimal, and effective.

Waxwork Records worked for two years to ensure that such a highly anticipated and sought after vinyl soundtrack re-issue would meet and exceed expectations of the biggest fan of John Carpenter and his sci-fi / horror tour de force that is The Thing.