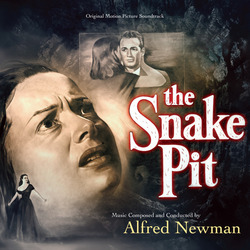 The Three Faces of Eve / The Snake Pit

An Alfred Newman masterpiece comes to CD for the first time! Any Alfred Newman premiere is a major event but when it's one of the finest of all his scores, things get really exciting! The Snake Pit is a landmark film from 1948, which starred the great Olivia de Havilland and was directed by Anatole Litvak (Anastasia). Both were nominated for Oscars, as was Newman. Even the film itself was nominated for Best Picture.

One of our finest Golden Age releases ever!