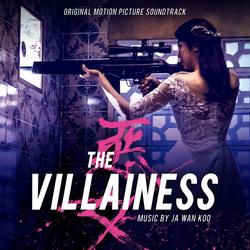 Upon the film's cinema release in 2017, the soundtrack was issued in digital format only. The Villainess received a four-minute standing ovation at the Cannes Film Festival, cementing the growth and interest worldwide of South Korean action cinema. The film has, since, achieved cult status, which prompted the music to be released in physical formats. Ja Wan Koo's masterful score not only compliments the breathtakingly choreographed fight sequences perfectly, but also draws on a rich and diverse variety of compositional techniques. Now, this exciting and multifaceted score can be fully appreciated by music and film connoisseurs in both CD and vinyl formats.