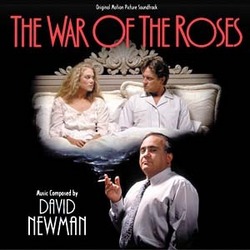 The War of the Roses

David Newman returns to our CD Club with not one but two often-requested scores, one from the 80s, one from the 90s. The War of the Roses (1989) was one of the earliest films to garner Newman serious acclaim. The film's main title (a tango macabre if ever there was one!) is a showstopper right from the get-go—a perfect curtain-raiser for this descent into marital Hell.

As much a must-have CD as this premiere release of The War of the Roses would have been all by itself, we add to this Newman's much loved score for The Sandlot (1993). Newman's score is a winning example of the composer's mastery of orchestration.

David Newman fans rejoice!—this is the one (or two) you've been waiting for!