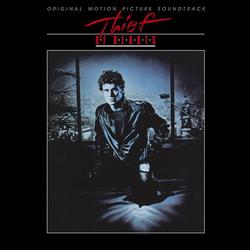 The soundtrack to the 1984 cult film, Thief Of Hearts. The film stars Steven Bauer and David Caruso and produced by the team of Bruckheimer and Simpson. The soundtrack is a mix of the original score by Harold Faltermeyer (best known for his work on Beverly Hills Cop and Fletch) and features songs by Melissa Manchester, E.G. Daily, Annabella Lewin of Bow Wow Wow and Joe Esposito. The soundtrack includes three bonus tracks and is available for the first time on CD.