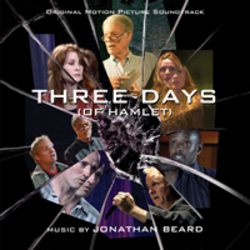 BUYSOUNDTRAX Records presents the original soundtrack to Three Days (of Hamlet), featuring music composed by Jonathan Beard for the 2012 docudrama directed by and starring Alex Hyde-White.

The booklet includes liner notes by actor/director Alex Hyde-White and composer Jonathan Beard. This is a limited edition release of 1000 units.