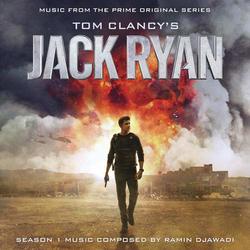 La-La Land Records, Paramount Television and Amazon Prime Video present the original score to the Amazon Prime original series Tom Clancy's Jack Ryan, starring John Krasinski, Wendell Pierce and Abbie Cornish. The famous CIA returns in this thrilling new dramatic series, and acclaimed composer Ramin Djawadi, provides an astounding musical score to back up the titular character as he uncovers a pattern in terrorist communication that launches him into the center of a dangerous gambit. Produced by Ramin Djawadi and mastered by Gavin Lurssen, this deluxe CD release features Bonus Tracks not available on the digital download release. The sharp art design is by Dan Goldwasser.