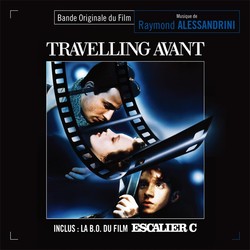 The film is a semi-autobiographical hymn to Tacchella's youth as a cinema fanatic and ciné-club enthusiast in Paris after World War II. This movie, a tribute to cinema in the 30's and 40's, allowed Alessandrini to write a nostalgic score where one can sometimes detect the influence of his two mentors, Maurice Jaubert and Georges Delerue.

The album has been transferred and remastered from the original master tapes. Music Box Records presents the slightly expanded Travelling avant score with two extra musical tracks specially recorded for this album and the previously unreleased Escalier C score. The limited edition features exclusive liner notes by writer Sylvain Pfeffer and new comments by Raymond Alessandrini on his collaboration with director Jean-Charles Tacchella.