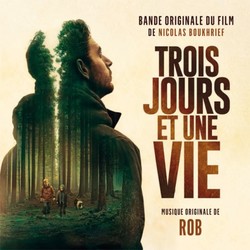 In collaboration with Gaumont and Mahi Films, Music Box Records presents the premiere CD release of the score for Nicolas Boukhrief's Trois jours et une vie (Three Days and a Life, 2019) composed by Rob (Maniac, Seuls, Made in France).

Based on the best-selling novel written by French author Pierre Lemaitre (winner of a César Award in 2018 for Best Adaptation for Albert Dupontel's See You Up There), Trois jours et une vie recounts the tragic events in a peaceful little village in the Belgian Ardennes. The film stars Sandrine Bonnaire, Charles Berling, Philippe Torreton and Jérémy Senez.

Christmas 1999, a child has just disappeared. The suspicion that falls on various villagers, one by one, quickly brings the whole community to a boiling point. But an unexpected, devastating event will suddenly reshuffle the cards of Fate. The film is about guilt, the fallout of violence and small town prejudices in the aftermath of a murder.

Rob composed an oppressing and haunting score which emphasizes the harshness of this dark story.

The album contains one exclusive bonus track that is not available on vinyl and digital releases. Trois jours et une vie is released in French theaters on September 18, 2019.