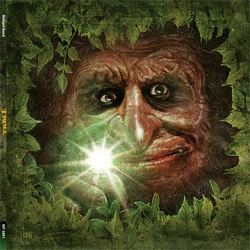 Intrada inaugurates its new line of 180-gram vinyl releases with Richard H. Band's colorful fantasy/horror score to the 1986 film Troll. Featuring custom artwork by Paul Shipper on UV coated stock and a brand new mastering for vinyl, this resurrected format allows for generous showcasing of the artwork the world gave up when it moved away from vinyl some 30 years ago. But it's back!

In the score proper, Band fashioned a pair of musical ideas that range from a serene, major-key melody infused with harp arpeggios, triangle, electronics and other bell effects to a diabolical, rhythmic ostinato for chorus and strings identifying the troll terrorizing the building. As with the earlier CD release, Intrada has retained the original LP program fashioned carefully by the composer. His original 1985 soundtrack album, featured large, cohesive "movements"—a film music symphony, of sorts. As the score progresses through its movements, Band merely suggests at the "troll" motif in "Cantos I," explores it further in "Cantos II," then lets it finally emerge in force as the dynamic "Cantos Profanae" for full chorus and orchestra.