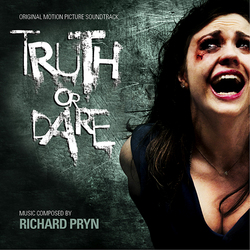 Described by Shock Horror Magazine as "shockingly good" and by Horrorhound Magazine as "superbly suspenseful, smart, sexy and grisly", UK horror film Truth or Dare (known as Truth or Die in the USA) features a dark and mesmerizing score by newcomer Richard Pryn.

Truth or Dare is his first major feature film where he showcases an intense and adrenaline-pumping style where extremely dark sonorities meet elements of orchestral avant garde, industrial distortion (Pryn achieved a distinction in electric guitar performance at the ACM in Guildford!) and unsettling harmonic textures.

Truth or Dare is a modern horror score with diverse elements and one that keeps its audience on the edge of its seats—just like a horror score is supposed to!