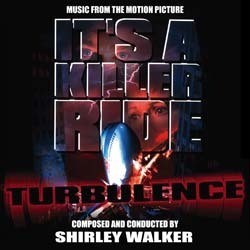 Walker's full-throttle orchestral score kicks off with a wildly twisted take on "Carol of the Bells" and only goes sky-high from there as Holly and Liotta play a white-knuckle Yuletide game of lethal cat-and-mouse aboard a pilot-less aircraft. It's a big, muscular action score, Shirley Walker style!