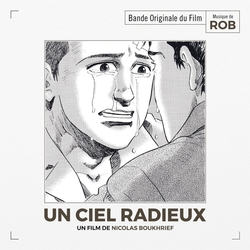 In collaboration with Hippocampus and EuropaCorp Television, Music Box Records presents the premiere CD release of the score for Nicolas Boukhrief's Un ciel radieux composed and performed by Rob.

Rob composed an ethereal, electronic and beautiful score which emphasizes the odd reality of this ghost story. The music is hypnotic with some hauntingly stunning passages with voices.

The film was broadcasted on French channel Arte in October 2017 and received two ADAMI Awards for Best Original Score and Best Supporting Actor at the 2017 Festival of TV Fiction in La Rochelle (France).