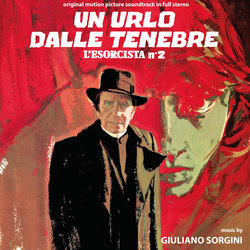 Giuliano Sorgini is best known for his OSTs for "The Living Dead at the Manchester Morgue", "Zoo Folle" and " Gli animali …che simpatia." For this film, he composed some very macabre avant-garde background music to describe the struggle between good and evil. He created sound effects to represent hell, abstract pieces, and fearful effects (Tr.1, Tr.5, Tr.6) where the recognizable voice of Edda Dell'Orso intervenes. There is also organ music for the exorcist priest (Tr.2) and a Gregorian flavor (Tr.4). These suspenseful passages are alternated with pop (Tr.3) and country music (Tr.7) which breaks up the atmosphere of demonic terror.

Originally RCA had assembled a promotional LP master containing eleven tracks which was intended for a music library (32:32 minutes). Using the master tapes from the original recording session (including the LP) we found other previously unreleased material, such as alternate versions of those included on the album, which enabled us to make this CD to the delight of horror film fans.