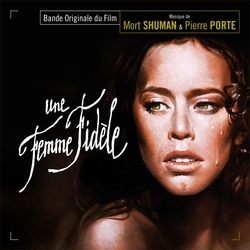 The score is a kind of mini-concerto for piano, extremely lyrical, and intended to highlight the pure and sincere aspect of Charles and Mathilde's love affair. This delightful melody is used in different versions throughout the film. The music echoes in the simplest and most direct way the feelings that drive the two characters.

This present edition has been fully remastered from the original master tape which contains the previously issued LP programs. The package includes an 8-page booklet with liner notes by Nicolas Magenham, discussing the film and the score.