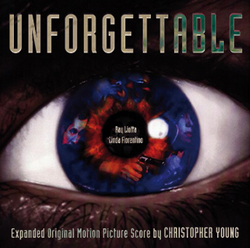 We worked closely with the composer, Christopher Young, on this release (which is the reason why it took so long to come out, as he is now one of the busiest in the industry). He went back to his original masters and remixed and edited the tracks for this album, which is very different from the promo he produced when the film came out 13 years ago. Circa 20 minutes of previously unreleased music are featured on the CD, with the remainder being remixes and edits of released material. Similar in style to the composer's own Species and Jennifer 8.