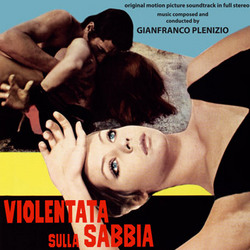 This CD was made from the stereo master tapes from the 1971 recording session. Gianfranco Plenizio composed two elegant orchestral soundtrack pieces with a lounge atmosphere, using a solo instrument and the beautiful voice of Edda Dell'Orso. The protagonists of the two films Vanina and Paola, are filmed with alternating main scores which go from mysterious and suspenseful to danceable with a Latin flavor. For Violentata sulla sabbia C.A.M. had prepared an LP which never saw the light of day.