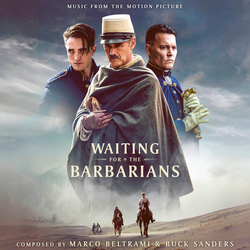 Waiting for the Barbarians

Produced by the composers and Dan Goldwasser, and mastered by Doug Schwartz, this special CD release is limited to 1000 units and features exclusive, in-depth liner notes by writer Tim Greiving, (with new interview comments from the composers) and art design by Dan Goldwasser.