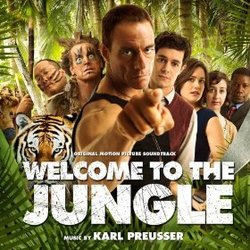 Welcome to the Jungle

Well received by critics and audiences alike, Jean-Claude van Damme's first foray into straight comedy territory—Welcome to the Jungle—features an exciting and highly entertaining score composed by up and coming composer Karl Preusser, who is making his debut on the MovieScore Media label with this album. The music for the film (about a company retreat on a tropical island going awry) balances rollicking action music for orchestra and ethnical instrumentation with laid-back comedy music and romantic counter-themes.