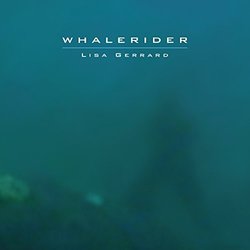 Whale Rider, starring newcomer and complete unknown Keisha Castle-Hughes as Paikea "Pai" Apirana, is a story of the Maori people in New Zealand at a time when they are losing their grip on their culture.  It's a story that holds meaning for anyone who is part of a culture that is struggling to survive amidst a changing world that doesn't always value those things that are not quantifiable by dollar signs.  Paikea's mother died during childbirth, and her father, Porourangi (played by Cliff Curtis of Training Day, Blow, and Collateral Damage), heartbroken, leaves Paikea to be raised by her grandparents.  Castle-Hughes dominates the film, stealing every scene with a performance so natural you have to remind yourself that she's just acting.  Everyone in the film is stunningly good, but the one true standout, aside from Castle-Hughes, is Rawiri Paratene.  Paratene plays Paikea's grandfather, Koro, who chews the scenery every moment that he's on camera.  The film, albeit predictable at times, is the great independent film of the year.

The score was composed by Lisa Gerrard, who started out with her band "Dead Can Dance," but over the years has steadily spent more and more of her time doing film work.  Just in the past four years, her body of work has included The Insider, Mission Impossible II (with Hans Zimmer), Gladiator (with Zimmer), Ali, Tears of the Sun (again with Zimmer), and Whale Rider.  The score for Whale Rider will more than satisfy her fans, but may be viewed as simply too ethereal for her detractors.

As any fan of Gerrard's can understand, it is next to impossible to define her music without using terms such as the aforementioned "ethereal" or close cousins of it such as "ambient," "otherworldly," "moody," or " ghostly."  A good example of this difficulty in classification is the second track on Whale Rider, "Journey Away."  The track uses percussion and some rhythm, but mostly it's got a feeling about it.  Whereas James Horner does horns, Jerry Goldsmith does tympani, John Barry does woodwinds, and John Williams does, well, everything, Lisa Gerrard does feeling.  She has an uncanny ability to project the mood of the picture onto the music, and thereby inhabits the picture with her music creating a symbiotic and synergistic effect that is attempted by others, but never as successfully.  No, really!  Her music is not so much a separate part of the film as it is a force of nature in and of itself.

An example of Gerrard allowing her music to be taken over by what's happening on screen is "Biking Home."  As the title of the track makes clear, it's a simple scene in the film, and it's simplicity is reflected and enhanced by what Gerrard does musically by combining the light plucking of strings with a consistent, but delicate percussion, and just a hint of wind and chorals to bring up the rear.  This "wind of chorals" permeates much of the score, and in some cases, completely dominates it, as is the case on "Reiputa," "They Came to Die," and "Paikea's Whale."  Where a true theme emerges is when Gerrard adds her foreboding piano work to the wind and chorals as she does on "Pai Theme" and "Disappointed."  She also does a wonderful job of incorporating the Maori chants in the film into tracks such as "Go Forward."  The last track on the recording, it does a wonderful job of bookending the score.

If you're looking for something different and something to transport you, the score for Whale Rider is more than worthwhile.