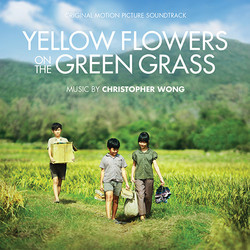 Yellow Flowers on the Green Grass

The latest release of MovieScore Media is Vietnam's official submission to the 2016 Academy Awards and comes courtesy of Christopher Wong. Yellow Flowers on the Green Grass is the highest grossing drama in Vietnamese cinematic history and is the country's official submission to the Best Foreign Language Film category of the Academy Awards – it also marks the tenth collaboration between Victor Vu and composer Christopher Wong. "This is the first drama we have worked on together since First Morning, Victor's debut feature made almost 15 years ago." recalls Wong about the score. "In returning to making a drama with a more artistic and less commercial style, we had to unlearn some of the instincts we'd developed in making thrillers. We had to trust that a slower pace would let the character interactions breathe a bit more, and that simplicity in the style was something to be embraced, particularly because the characters were children living a humble life in the countryside. I felt the style of the film afforded the opportunity to write a lyrical, melody driven orchestral score, which is the mode that I enjoy working in the most."