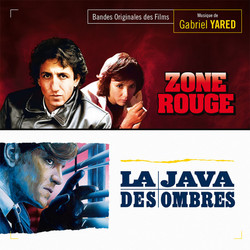 In the 1980s, between two films for the younger generation of directors, Gabriel Yared also worked with more experienced filmmakers during this prolific era (Robert Enrico and Romain Goupil). For both films, the synthetic and often surprising sonorities invented by Yared and his close collaborator Georges Rodi give an unexpected feel to the whole – one that could be described as metallic or chilling, groovy or dreamlike. The marriage of different musical colours between the synths and acoustic instruments expresses the beautiful weirdness of these two unconventional scores.

Supervised by Gabriel Yared, this present edition has been fully remastered from complete scoring session elements. The package includes a 8-page booklet featuring exclusive liner notes by writer Nicolas Magenham, discussing the films and the scores. This is a limited edition of 350 units.