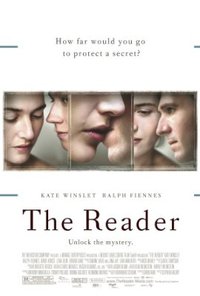 Based on the novel by Bernhard Schlink, The Reader tells the story about 15-year Michael (David Kross) in post-WWII Germany who has an affair with an older woman, Hannah (Kate Winslet). At first a passionate relationship, soon she is asking him to read various novels to her, and his secret summer romance ends up distancing him from his friends. But just as suddenly as it began, it ends when Hannah vanishes.

Ten years later, Michael is a student in law school, and his class is observing a war-crimes trial involving female guards from the Auschwitz concentration camp. He realizes that he has information that might exonerate her, but doesn\'t act on it. Years later, Michael (now played by Ralph Fiennes) re-establishes a communication with Hannah (who is in jail), and sends her audio tapes of him reading books to her.

The problem with The Reader is not the acting or even the plot. Rather, it\'s the characters. Hannah is a former Nazi prison camp guard, and doesn\'t seem to have any regret about it. So, we don\'t care much about her. (But Winslet gets quite nekked, so that\'s a plus.) Michael is another problem - his relationship with Hannah (when he\'s an adolescent) is all about the physicality, and it\'s clear that his feelings for her is more of a first-love crush than anything else. When he\'s in law school and has information that could help her case, he chooses not to act on it. Instead he broods and sulks. His inaction results in her getting a harsher sentence than she would have normally.

I don\'t know really what to think about the film. Stephen Daldry\'s direction is fine, and Nico Muhly\'s score is fine. Everything about it is \"fine\", but I just couldn\'t really sympathize with any of the main characters. By the time it ended, I just didn\'t care what happened to them. I suppose there\'s supposed to be some story about redemption and absolution or something, but it never really clicked for me. I am probably missing the point, since the film now has five Oscar nominations, including best picture, best director and best adapted screenplay.