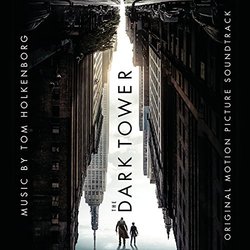 Sony Classical proudly announces the release of The Dark Tower (Original Motion Picture Soundtrack) featuring the music of the prolific Dutch composer Tom Holkenborg. The soundtrack will be released digitally on July 28 and on CD on August 4. The movie opens in theaters nationwide on August 4.

About the film and soundtrack, Tom Holkenborg says: "Dark Tower is an incredible mix of horror, fantasy and western, it inhabits a unique and singular world, human and personal, yet also other, and the score had to try and reflect this. It was a fascinating project to work on, and an honor trying to score the words and imagination of the great Stephen King."