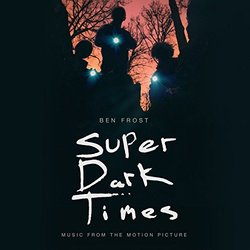 The Orchard will release the soundtrack vinyl for the stylish thriller Super Dark Times directed by Kevin Phillips, on September 29. The soundtrack is currently available on digital platforms. The films opens theatrically the same day in New York and Los Angeles and expands to digital and VOD on October 3. The new album will feature 13 original songs composed by experimental composer Ben Frost (Sleeping Beauty, The Deep), whose previous albums include the critically-acclaimed By The Throat (2009) and A U R O R A (2014).

"When Kevin approached me to write music for his film it resonated immediately," said composer Ben Frost. "The thing that perhaps excited me the most is that Super Dark Times is in many ways a period drama, and that within that idea there was a largely untapped world of sound to explore. Whilst the sound of the '80s has long since moved into the realm of retro, 1995 still feels uncomfortably close. CD Walkmans, digital delays, Boss Metal Zone distortion pedals, Intel Pentium chips, and Peavey practice amps inadvertently defined the music of the period (and my teenage years), and it was from that world of technology and my own memories of the confusion, the anxiety, and the black hair dye that the music for Super Dark Times was born."