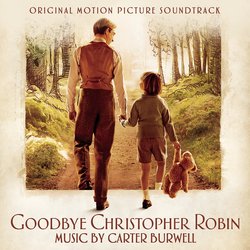 Carter Burwell said about the score: "One of the riskier decisions Simon Curtis and I made with the score was to withhold the main theme until the middle of the film, when A. A. Milne begins to write and his friend Ernest Shepard begins to illustrate "Winnie The Pooh". We did this to make that moment especially noteworthy, to make it the turning point of the story. Before that point, the music plays many things - the trauma of war, the transition from city to country life, the awkward relations between Christopher Robin and his parents. But then Pooh changes everything."