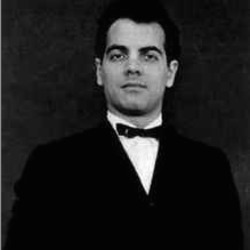 Dominic Frontiere, Golden Globe winner for his score for The Stunt Man, passed away Thursday, December 21 in Tesuque, New Mexico. He was also nominated for a Golden Globe for co-writing a song from Color of Night, and has scored other movies including Hang 'Em High, Chisum and The Aviator. Among his work for television are multiple episodes for The Outer Limits, The Invaders and Vega$. He also served as the head of music at Paramount Pictures and received an Emmy Award in the Music Direction of a Variety, Musical or Dramatic Program category in 1971 for Swing Out, Sweet Land. Frontiere is survived by his wife Robin and their children Emily, Joseph, Nicholas and Sofia, as well as daughter Victoria.