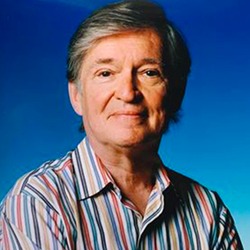 John Morris, Academy Award-nominated composer for his score for David Lynch's The Elephant Man, passed away Thursday, January 25, at his home in Red Hook, New York from a respiratory infection.

Morris was also Oscar-nominated for co-writing the title song for Mel Brooks' Blazing Saddles with the director. He also scored most of Brooks' other movies, including The Producers, The Twelve Chairs, Young Frankenstein, Silent Movie, High Anxiety, Spaceballs and Life Stinks. Among his other scoring credits are such films as The In-Laws, To Be or Not to Be, Yellowbeard, The Woman in Red, Johnny Dangerously, Clue, Haunted Honeymoon and Dirty Dancing.