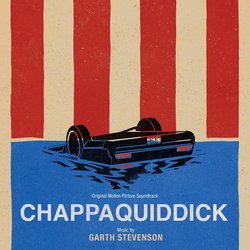 Composer Garth Stevenson has spent a lot of time in Massachusetts and understands how this episode has colored local history. "John [Curran, director] was looking for a balance or coexistence of darkness and lightness in the score. To hear the devils and angels overlapping within cues," Stevenson described. "Ted's main theme is introduced over the Chappaquiddick card, and is woven throughout the entire score. This theme is about the shadow Chappaquiddick cast over Senator Kennedy's life and career. Frequently presented in overlapping orchestrations, creating a canonic effect. It hangs over his head like the recurring image of the bridge at night."