Arthur B. Rubinstein Dies at 80 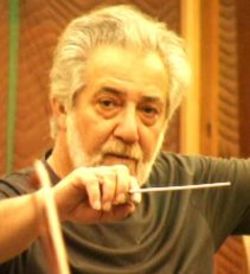 Arthur B. Rubinstein, composer of most of John Badham's movies, including WarGames, Blue Thunder, Whose Life Is It Anyway?, Nick of Time, The Hard Way, StakeOut, Another StakeOut, has died at age 80 of complications resulting from cancer. Among his other notable credits are the CBS series Scarecrow and Mrs. King, for which he received an Emmy Award in 1986, the documentary Shooting War, Albert Brooks' Lost in America, William Friedkin's Deal of the Century, Roger Spottiswoode's The Best of Times, The Great Bank Hoax, On the Right Track, The Cartier Affair and It Came Upon the Midnight Clear. Rubinstein is survived by his wife, Barbara Ferris Rubinstein, and his daughter, Alexandra Nan Rubinstein.