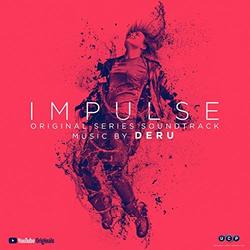 Lakeshore Records will digitally release the Impulse: Season 1 Original Series Soundtrack on July 20th, which will feature the show's original score by DERU, also known as the Emmy-winning composer, Benjamin Wynn. The 10-episode Sci-Fi series, created by Doug Liman (The Bourne Identity, Edge of Tomorrow), is 100% certified fresh on Rotten Tomatoes and is now available for streaming on YouTube Premium.

DERU on creating the sound for Impulse:
"The inspiration for the score focused around the Cristal Baschet, a French instrument that involves getting your fingers wet and rubbing glass rods that make two metal radiators vibrate and come to life. They're hard to come by, but I happened to meet a player, Lenka Moravkova, that was in LA at the time. The first night we got together I came up with the main theme just by playing a few notes on it. The sound itself seemed to match with the vibe of the show.

In addition to recordings, the instrument worked its way into the score in subtler ways. I tapped on the radiators with drumsticks and sent synths through those impulse responses to make them sound like they were coming out of it. The Cristal Baschet became the sound of the show that I composed the other music around.

Impulse is the first score that I've written under the DERU moniker. The show allowed me to be in my element and write mostly dark ambient electronic music. Functionally, the music was able to hold the tension and grittiness of the plot without being too overt, which is some of my favorite stuff to write. The showrunner [Doug Liman] and producers were so great to work with that I knew I could trust my instincts, and being able to go for it and 'do what I do' was a gift."