'A Discovery of Witches' Soundtrack Released 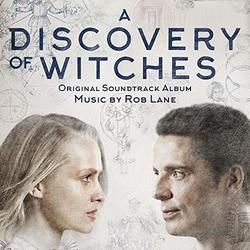 Dubois Records has released the A Discovery of Witches soundtrack for the upcoming Sky original production. The album features the limited series' original score by Rob Lane.

"Writing the score for A Discovery Of Witches has presented many interesting musical challenges; perhaps the most important being the need to capture a sense of time and history in a contemporary setting. Matthew's lineage, for instance, stretches way back into the mists of time, and yet he is still clearly a man of our time. Diana, also, is a young woman drawn to the study of alchemy and ancient science, but someone equally determined to escape the imprint of her family history. It's been a great journey... exploring this tension between old and new in the mixing of classical harmony with modern production ideas and the combining of traditional instruments such as strings, voice and wineglasses with sampling and electronica." – Rob Lane