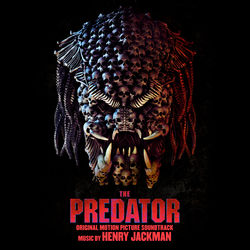 From the black depths of outer space to the backwoods of southern Georgia, the Predators come to hunt in Shane Black's explosive reinvention of the beloved series. Now, the universe's most lethal hunters are stronger, smarter and deadlier than ever before. And only a ragtag crew of ex-soldiers and an evolutionary biology professor can prevent all humanity from becoming the Predators' trophies.

"It was an honor to work on a film that had such rich thematic heritage," said wonderful dynamic composer Henry Jackman. "Alan Silvestri's fantastic score from the original has always been a favorite of mine and when asked if I would like to be involved in this project I immediately said yes. Shane was an absolute pleasure to work with from beginning to end - I'm sure audiences will appreciate this addition to the Predator saga."