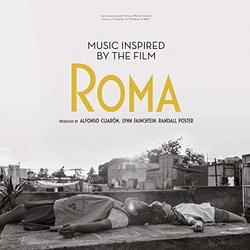 Included with today's preorder and available now to stream is Beck's first musical offering of 2019, entitled "Tarantula". Beck's radical reimagining of "Tarantula," a 1982 B-Side by 4AD artists Colourbox, replaces the minimalist groove of the original with an epic arrangement by Beck in collaboration with his father, David Campbell. Produced by Beck and mixed by Tom Elmhirst, the track features a riveting Beck vocal performance at its centerpiece with the backing of a 24-piece ensemble.

After completing work on Roma, director Alfonso Cuarón was struck with the notion of having his favorite musical artists create songs inspired by the film. Interested in hearing what the film might inspire in artists across the globe, Cuarón and his music supervisor Lynn Fainchtein began exploring possibilities with the help of their friend Randall Poster. They approached artists of all genres and backgrounds, inviting them to contribute either an original piece of music or a cover of one of the songs heard in the film.

For some, Roma inspired new originals, including Billie Eilish's "When I Was Older," available now to listen. Like most of the original songs contributed to the collection, "When I Was Older" incorporates various sound elements from Roma's dense audio tracks. From shouts of student protests to barkings of Borras to the grinding of knives, artists drew inspiration from the sonic landscape meticulously crafted by Roma, imbuing their compositions with the day-to-day soundtrack of the streets of Mexico City. 16-year-old Bu Cuarón makes her musical debut with her contribution "Psycho," opening with a dramatic audio clip from Roma before descending into a synth-heavy, electro-pop gem. Elsewhere, British singer-songwriter Laura Marling covers the Mary Hopkin original "Those Were The Days," which is heard in the film as a cover by Ray Conniff & The Singers. The legendary Patti Smith records a new version of her 1996 track "Wing," while French musical duo Ibeyi draws inspiration from the character of Cleo and her story.

From hip-hop's El-P to R&B breakout Jessie Reyez and electronic producers UNKLE and DJ Shadow, the remainder of the collection is a diverse tapestry that transcends genre, geography and age. From Sonido Gallo Negro and Quique Rangel's Mexico City roots to singer-songwriter Asaf Avidan's native Israel, and with artists belonging to five different generations, Music Inspired by the Film Roma is a contemporary touchstone that further reiterates the film's ability to connect with audiences of all ages across the globe.

Music Inspired by The Film Roma is the latest addition to the sonic universe of Alfonso Cuarón's semi-autobiographical film, following the release of Roma (Official Motion Picture Soundtrack). Delivering a sonic portrait of Mexico in the 1970s, the soundtrack presents a mosaic of sounds that further encapsulate the sociopolitical transitions of the era.