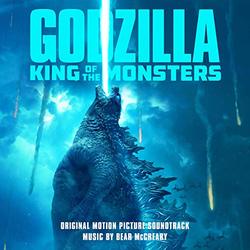 WaterTower Music, in conjunction with Sparks & Shadows, is excited to announce the May 24 release of the soundtrack to the highly anticipated next chapter in Warner Bros. Pictures' and Legendary Pictures' cinematic Monsterverse, Godzilla: King of the Monsters. An epic action adventure that pits Godzilla against some of the most popular monsters in pop culture history, the film hits theaters worldwide beginning May 31, 2019.

McCreary's diverse score is as formidable as the characters colliding on the big screen in the upcoming film. In his first creative meeting with the composer, Godzilla: King of the Monsters director Michael Dougherty used the term "Monster Opera" when describing the magnitude and importance of the score to the storytelling. McCreary rose to meet the enormous challenge, and delivered on a grand-scale, beginning with a full symphonic orchestra and choir and infused with concussive sounds from a variety of artists. Incorporated into the score are the hypnotic chants of Japanese Buddhist monks; a powerful percussion ensemble; culturally diverse soloists from around the world; and the heroic guttural vocalizations of a Tokyo-based taiko ensemble, who perform traditional kakegoe with their voices instead of playing their drums. Also woven into the soundscape is an original text composed by McCreary, which was translated into ancient Babylonian and performed by the choir throughout the score.

The composer's meticulous approach is apparent in his creation of character themes for the iconic monsters colliding on the big screen for the first time in the modern age in the new film, from all-new themes for Godzilla's classic foes Ghidorah and Rodan to new interpretations of the beloved themes for Mothra and the mighty King of the Monsters, filtered through his own musical lens: "For Godzilla, I chose to incorporate and adapt the legendary Akira Ifukube's iconic theme, and for Mothra, Yuji Koseki's immortal 'Mothra's Song,' both being classic themes from the franchise's origins," McCreary explained. "I hoped to form a connection between Ifukube's uniquely brilliant style and the aesthetics of modern blockbusters."

McCreary also composed all-new themes for the family at the center of the epic, world-spanning adventure, as well as the mysterious crypto-zoological agency Monarch.

Bear McCreary discussed the epic collaboration behind the song "Godzilla (Feat. Serj Tankian)," noting that the track is "perhaps the most audacious piece of music I have ever produced, jammed to the breaking point with orchestra, choir, taiko chanting, taiko drumming, heavy metal rhythm section, Gene Hoglan's blistering double-kick drums, and Serj's distinct vocals. It is complete musical madness!"

Director Michael Dougherty has long been a fan, adding: "I'll never forget the moment I first heard Bear's music in the epic reboot of Battlestar Galactica. It was bold, elegant and decisively different than the typical space opera scores of the day, evoking something ancient and deeply powerful. The cue was called 'The Shape of Things to Come,'" he continued. "And even then, I knew how meaningful the title was because I was determined to collaborate with him. And while it only took about 15 years, I couldn't be happier that our first effort together is for Godzilla: King of the Monsters. Bear has crafted something truly special that honors the history of the legendary kaiju but also adds new layers and a rich mythic spirit to Godzilla's legacy. Long live the King."