Sony Music Announces 'The Sun Is Also a Star' Soundtrack 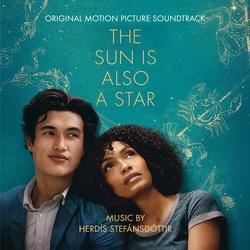 Sony Music announces the release of The Sun Is Also a Star (Original Motion Picture Soundtrack) with music by Icelandic composer Herdís Stefánsdóttir. Available Friday, May 10, the soundtrack features music from the Warner Bros. Pictures and Metro Goldwyn Mayer Pictures film, which will be released nationwide on Friday, May 17.

"Working with Ry on creating the score for The Sun Is Also A Star was a wonderful and smooth process," says composer Herdís Stefánsdóttir of the soundtrack. "I immediately felt we had a musical connection, which helped create the themes for the film. I was 7 months pregnant when I started writing the score and that made the experience very special for me. I was extra emotional and focused because of my situation, which I felt helped me overall in the creative process, and was able to write the music quickly and felt inspired by the story. I needed to write music that would evolve and mature with the characters in the film and the growing feeling of love. I mostly used a mix of ukulele, harp, electronics, flutes, strings and piano. The score was lighter in the beginning of the film, but as the drama progresses I brought in deeper sounds and more emotional instruments like the piano, cello and harp."