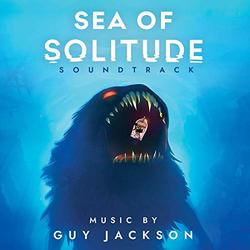 Sony Music Masterworks announces the release of Sea of Solitude (Original Soundtrack) with music by Guy Jackson. Sea of Solitude is a videogame that takes players on a personal journey of loneliness, experienced through the mind of a young woman named Kay. Available Friday, June 28, the soundtrack features music from the highly anticipated, beautiful, yet haunting game. Sea of Solitude is available on Xbox One, Playstation 4 and PC from July 5, 2019.

Guy Jackson commented, "Sea of Solitude is founded on a strong creative vision and music was an integral part of that from the start. As Kay's emotional journey grew, so did my response through the soundtrack. They feed each other. For the album I felt the music had even more scope to grow, and the pieces developed organically to express shared human emotions that I hope will find a resonance with listeners everywhere."