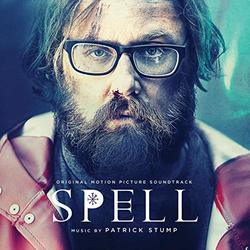 "Brendan gave me a real chance as a composer," says Patrick Stump of working with director Brendan Walter on the soundtrack to Spell. "I was allowed to explore elements of my writing that I could never have without the narrative of the film."

"As fans of Milan's catalogue, as well as their commitment to artists and black magic, we're super excited to partner on this release for Spell," adds Crush Pictures' Jon Lullo. "It's a perfect home for Patrick's unique score which helped create the magical Icelandic world depicted in the film."

Following the unexpected death of his fiancée, an American illustrator embarks on a soul-searching journey across the isolated Icelandic countryside, only to become drawn into a supernatural world of ancient runes and secrets - unless it's all in his head. Produced by Crush Pictures and directed by Brendan Walter, Spell stars Barak Hardley, Jackie Tohn, Magnús Jónsson and Birna Rún Eiríksdóttir.