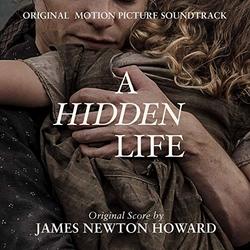 Of the soundtrack, composer James Newton Howard says, "A Hidden Life is a deeply affecting, meditative, and relevant story about love and the moral struggle between a conscientious objector and his wife in a small village in Austria during World War II. The emotional complexity Terrence Malick explores in the film provided a moving and artistically inspiring canvas on which to work. I am deeply grateful to have been able to work again with the extraordinary violinist and my dear friend, James Ehnes, whose profound musicianship transformed each piece that he played on. I would also like to thank Andrew Armstrong for his intimate and beautiful work with all the solo piano on the album."

Based on real events, from visionary writer-director Terrence Malick, A Hidden Life is the story of an unsung hero, Franz Jägerstätter, who refused to fight for the Nazis in World War II. When the Austrian farmer is faced with the threat of execution for treason, it is his unwavering faith and his love for his wife Fani and children that keeps his spirit alive.